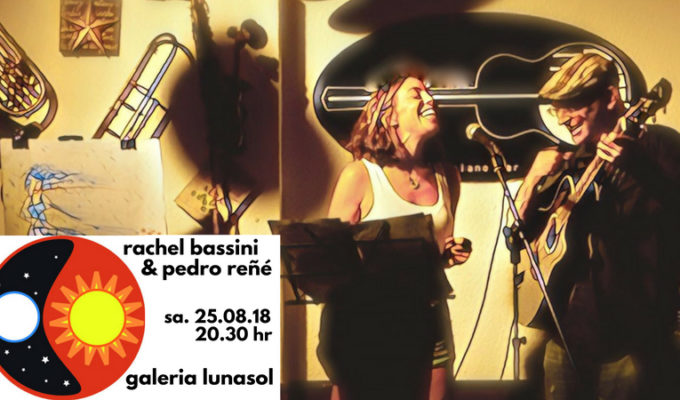 This Saturday, the 25th of August at 20:30, an intimate night will take place in our cultural space.

Rachel Bassini, singer and songwriter from New York, who began her musical career in Buenos Aires before moving to Berlin to enter the local music scene.

Pedro Reñe, singer and guitarist from Argentina Rosario, who comes to Berlin at the end of his European tour and has been to various stages with Rachel Bassini for 10 years.

Together they play a mix of their own songs – have made their own stories of life to musical works, influenced by their languages ​​and styles.

The duet Rachel Bassini and Pedro Reñe we welcome this evening …

Lunasol welcomes this night with good Latin flavor and a lot of fun.

As always, there is a bit vegan organic food.

Thanks and greetings to all. 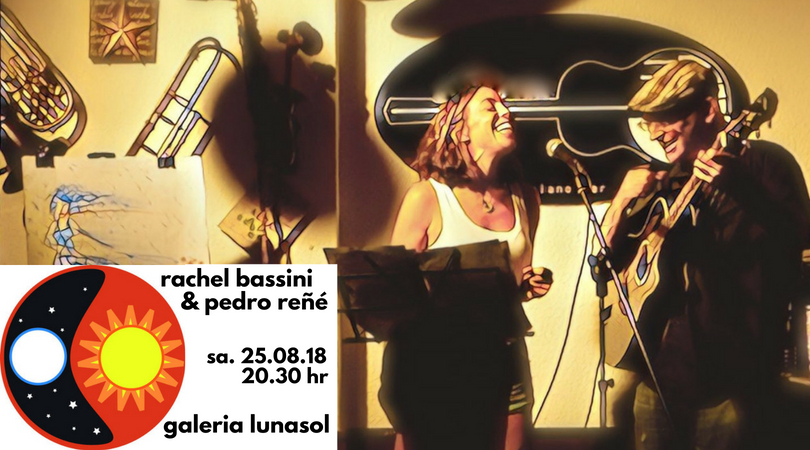